Is De-Culturing Yoga an Act of Good Faith or a Promotion of Xenophobic Ideology? /// A Light and Easy Subject

Today I wanted to look at the discussion that’s been brewing on the site as to whether a person who makes a concerted effort to de-culture yoga is whitewashing the tradition or simply making it more accessible to people who don’t understand squiggly.

My feeling is this:

People like Tara Stiles and, of course, No Om Zone author, Kimberly Fowler, are not in the business of making yoga accessible to “everyone.” Using a Sanskrit word for an asana does not make yoga impenetrable. Xenophobia, on the other hand—the fear of other cultures—makes yoga incredibly impenetrable. 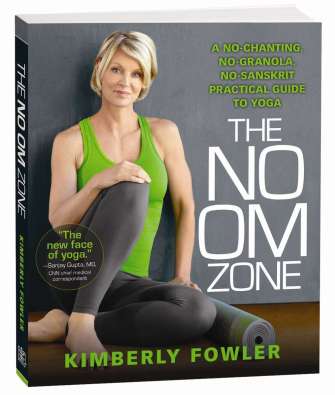 There is a commonly held belief in the yoga world that whatever form you need to present yoga in is worth the effort. If that means stripping it of every Om possible, than so be it. On the surface this sentiment makes sense. You have something you believe “works” and you want the greatest number of people to experience that. I get it. When I teach students, I, perhaps like you, meet them where they are at as best I can. However, I then try to take them a step further. If memorizing a bunch of squiggly words they’ve never heard happens to be a bit daunting, then I scale it back. However, my intention is to always maintain a forward movement, and, as we go, introduce them to the full spectrum of the yogic tradition as it has been taught to me. It just so happens that squiggly words are 100% a part of that tradition, and can at times make up a significant portion of it. In my opinion, to not present yoga in as much of its entirety as I can, is to do my students a disservice.

And yet, the biggest issue I have with sentiments like the one above are when they are made in reference to people like Tara Stiles and Kimberly Fowler, as if they are simply trying to make yoga available to the largest swath of people. The fact is, Tara and Kimberly are not “making yoga accessible to everyone.” They are certainly not making yoga accessible to me, as I don’t trust a teacher who’s explicit mission is to erase the cultural foundation of the physical-spiritual traditions I practice. On the contrary, people who’s agenda is to universally de-culture the yogic tradition are promoting nothing less than an ideology based on xenophobia.

Now, I’m not talking here about lightening up on the “Om’s” and the “Namaste’s” ’cause grandma still thinks “Orientals are bad luck,” and you’re only teaching her for five minutes over Christmas break, and you think she might not make it to the next one. I’m not talking about using the phrase “downward facing dog” instead of “Adho Mukha Svanasana” from time to time, or most of the time. All y’all who verbally mix it up Sanskrenglish style are not who I am referring to. I’m referring to people who have made aggressive attempts to remove Sanskrit, remove the founding culture(s) of yoga from the practice irregardless of who the students may be. To do so is, I believe, an ideologically motivated act, the basis of which states that no matter where a tradition comes from, people (in this case white people) have a right to erase that culture in an effort to better cater to other people’s xenophobic limitations.

Without all those annoying details, and believe me, they are very annoying, spiritual practice becomes a practice of simply self back patting. And, guess what? Some places are just too hard to reach.

PS: There may be a few readers who believe that the above piece puts Hinduism on a pedestal. That is not my intention. Contrary to what some might think, I do not believe any one culture “owns” yoga, nor do I believe the practice and tradition should remain static (as if that were even possible). Just as I find aspects of other cultures infinitely inspiring, I also find traditional European culture to be teeming with magic and mysticism, and believe American English to be a potent otherworldly tongue. Please know that the above is not a romanticizing of Hindu culture, but rather a checking of my own. Peace out.