NIYAMA YAMA #5: Wherever You Go, There You Are (Doing Yoga)

I know that buying a fresh new set of yoga clothes is like having ten orgasms go off in your panties. But really, smiling? While doing yoga in the very store you bought those orgasms? Come on. We can do better. For goodness sake, there’s multiple pairs of “board shorts” on manequins in the background. It’s like you’re in the store-version of some douche bag’s fraternity loft. You should be half way to Mars on keg stands by now. 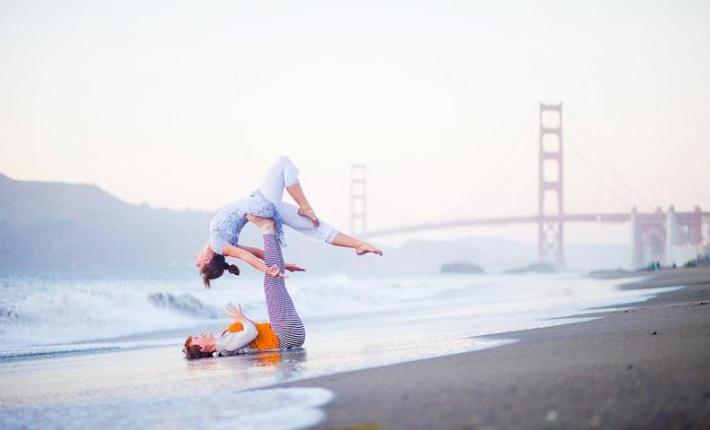 Now, at first glance you’re probably thinking this is just some run-of-the-mill “acroyoga” photo shoot taken outside one of the most expensive average cities on the planet. But, you know what? That water is probably way colder than it should be, and when it’s soaking into your thin cardigan, and all that awful sand is getting in your hair, and the next wave is about to drown you because the person above you is two seconds away from falling on your head and knocking you unconscious, only then will you realize how rasta this photo is.

Be sure to check out our weekly yoga culture DOs and DON’Ts every Wednesday!!!

With a humble nod to VICE.