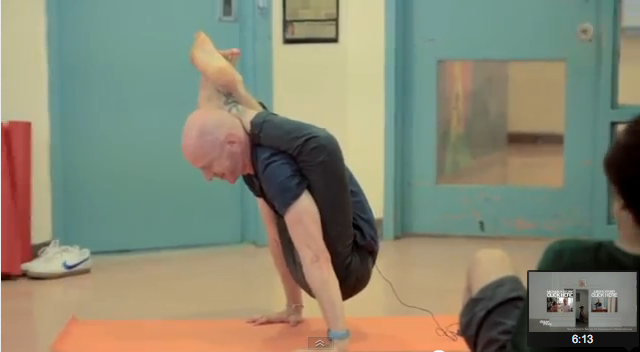 We posted on these a while back and finally had a chance to catch up with what’s come of the series since. The series is still taking a matter-of-fact approach to the practice which is refreshing and ultimately allows the good transformative stuff to arise naturally (you know tears, chuckles, some more tears). As far as irony goes, the unspoken theme of this week, for some reason I feel these videos actually hold irony, rather than profess it or reject it. Does that make sense? It’s as if the sentiments can embrace irony without having a stance on it.

Anyway, my brain is already starting to hurt. Here’s one about yoga and foster care:

Here’s one about teenagers, domestic violence and yoga. There’s also Eddie Stern, head of Ashtanga Yoga NY and founder/editor of Namarupa: Categories of Indian Thought, talking about how teenagers love when you let them just go to sleep. Truth:

Here’s one about kids in the juvenile system:

And, here’s one about cool-NYC-people’s favorite “‘I’ve been stabbed” healer, Abdi Assadi. Bro is no joke: