Remember all that talk about irony? You should, ’cause it was only, like, seventy-two hours ago. Remember how we sorta distinguished between the self-employed irony of the so-called hipster and reading irony back onto something that so desperately wants to reject it, like Shiva Rea’s pool-divider-sized non-mala beads (thanks EER for the image)? And, do you remember how yesterday we said that the Urban Yogis series has the ability to “hold” irony even though it remains somewhat outside its oily touch?

Well, this doesn’t do any of that.

That’s right, you bunch of cube-less fucks. The fuckin’ Spiritual Cube (which is actually called the “Siddhis Cube,” but I can’t stop smiling at the name “Spiritual Cube”) is HERE, and it’s got some serious “Siddhis” powers to dispose on your wanting psyche for only around twenty grand.

“Siddhis powers gives the person control over oneself and others as well as the world around them. You are already familiar with many Siddhis powers such as telepathy, clairvoyance and levitation. Yogis who develop Siddhis powers are not affected by extreme heat or cold and can manifest anything they desire.”

That’s right. That yoga instructor who told you siddhis were almost impossible to achieve and were best ignored was full of crap. Yup. Usually getting all those powers takes, like, an ass-load of time to acquire. No longer.

“While many think that these Siddhis powers are only attainable after decades of training as a yogi or yogini, this simply is not true.”

You got that right. But, isn’t a power this strong dangerous?

“The power of the Cube itself, not to mention the power that you will attain using the cube, makes it very dangerous in the wrong hands… or if used for the wrong purposes…”

While it’s unclear exactly what these “wrong purposes” entail, I’m guessing the makers of the Spiritual Cube do not include “controlling others and the world around you” as a part of that list, since apparently those are good things. Not to mention, judging from the price of these cubes of awesomness ($1500–$20,000), the bar against which a person is deemed worthy of such power depends on the size of his wallet.

Years and years and years ago I had a friend who decided to sell her art at a local coffee shop. I won’t bother telling you about the art itself as it was your standard “mixed-media” (that means put newspaper on a canvas and then paint over it) coffee shop BS that should only be discussed at an art opening at a coffee shop, and even then only briefly. 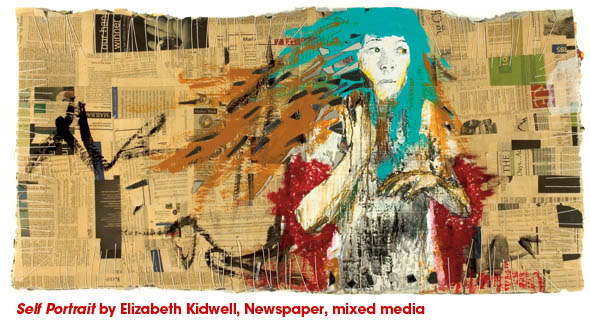 I don”t know this person….

At the time none of us had any real money to speak of, but were nevertheless wanting-consumers of all things “new” and “abrasive” and “transgressive,” and since our friend’s artwork depicted people doing unsavory things to one another, it seemed right to support the scene, make an appearance, and maybe even buy one of her shitty pieces of art. What we didn’t realize was that this friend was pricing her faux-transgressions at around $300 a pop, which, at the time, might as well have been a million dollars. The rest of us fake-poor kids (I’m sure at least one of us could have at any moment called up a parent and begged for some funds if we wanted to) grumbled and got all righteous about this affront to our poor anti-commercial writerly sensibilities.

There was, however, a nugget of truth to our outrage, one attributed to pricing and audience. I remember remarking to this art-friend of mine how, by charging so much for her work, she had basically priced-out her audience, which was made up entirely of money-less friends. I remember her telling me something about how long it took her to make each piece and that whatever didn’t sell she’d give away at some sort of friend discount. Well, when you’re young and restless, and faced with the reality that your friend is probably saying in her own way that she wants to move on, and you’re just uncomfortable with that, these sorts of answers don’t suffice.

So, what were we, the out-priced, to do? Obviously, the only course of action was to make a bunch of shitty mixed-media art, get a show at some local coffee shop, and sell that crap for as much as we could get for it!

And, in a way, that’s how I feel about these Spiritual Cubes.

Thanks to Linda-Sama Karl for the heads up on this one.