Is There Any Irony in Yoga Lifestyle Culture? 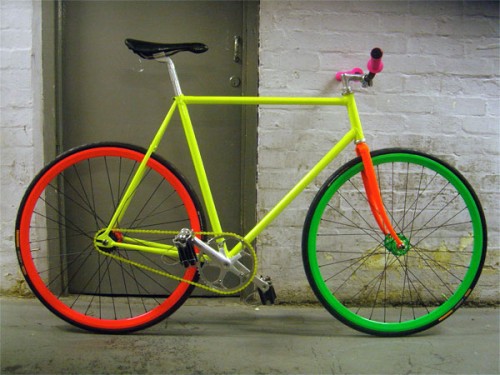 The other day I peeped this NYT online exclusive titled “How to Live Without Irony” by Christy Wamploe. The piece begins with a slightly rehashed rant about hipsters that, from the perspective of any humble can of PBR, reads a little bit tired. Much is made about how awful the hipster is (they are) and how if you were born in the seventies, participated in making grunge music, watched the crumbling of the Berlin Wall on TV, and didn’t laugh nervously when 9-11 happened, than you’ve got bigger social cajones (we do) than someone born in the mid-to-late eighties.

The piece does eventually pick up steam, throwing some heavy duty barbs at irony for being a veritable social pathology:

“While we have gained some skill sets (multitasking, technological savvy), other skills have suffered: the art of conversation, the art of looking at people, the art of being seen, the art of being present. Our conduct is no longer governed by subtlety, finesse, grace and attention, all qualities more esteemed in earlier decades. Inwardness and narcissism now hold sway.”

And, is most un-subtle in its warnings against the dangers of such a universal condition:

“People may choose to continue hiding behind the ironic mantle, but this choice equals a surrender to commercial and political entities more than happy to act as parents for a self-infantilizing citizenry.”

Irony at its best employs healthy doses of self-critique, meta-self-critique, humor, awareness of one’s place in the world, and plenty of on-top-of-my-game-ness. All decent enough qualities. At its worst it’s an excuse for people to shrug responsibility for their behavior and choices. When everything becomes commentary—as an aging out-of-the-loop mystery human once said—there is no owning of one’s place in the world. 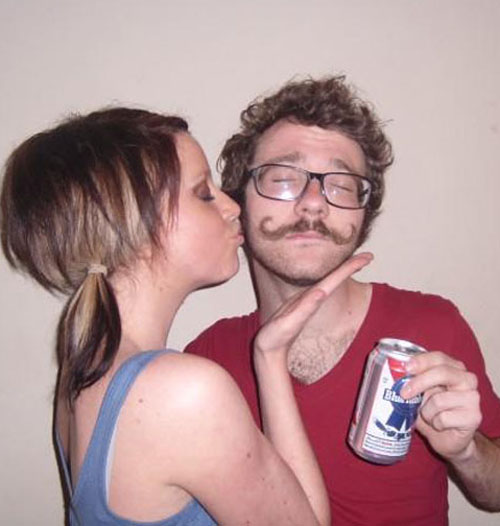 This got me thinking about the always-very-serious-’cause-this-is-important-and-spiritual yoga lifestyle culture, and how rarely I’ve come across any real irony being employed by its superstar mavens. I started to think back to two weeks ago and our article on David Newman’s latest save the earth jam (that is admittedly still kinda stuck in my head) and how terribly un-ironic it is. I mean, sure, I find a room full of twirling nouveau-hippies wanting to save the world from an apocalypse that could very easily be brought on by the very music they are twirling to as a display of irony. 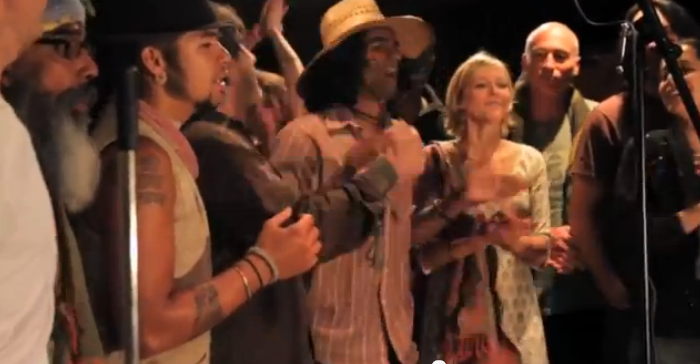 A room full of apocalyptic storms….

But, I don’t think they do. Why? Because commercially-minded yoga lifestylist people are very serious about being yoga people. Nothing they do is ironic, because, not only do they own their behavior—in contrast to the hipster who disowns his behavior—but, the yoga lifestylist hoards his identity and behavior like a spiritual miser. 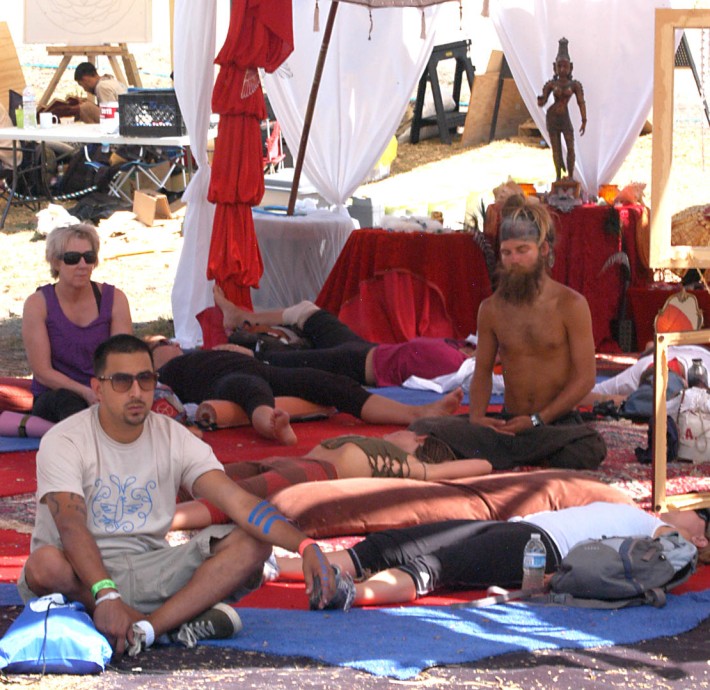 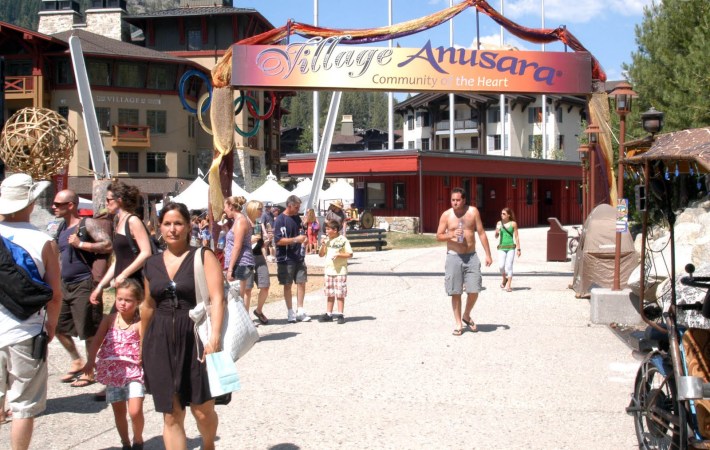 Now, usually I’d be eternally pleased to find a subculture devoid of that uninspiring Frankenfauxhemianism known as irony. But, when it comes to commercial yoga culture, I’m not so sure. With all the potential appropriation faux pas’ going on, you might think a little self-reference might do a yoga-body good.

I mean, this should be at least partially ironic, right? 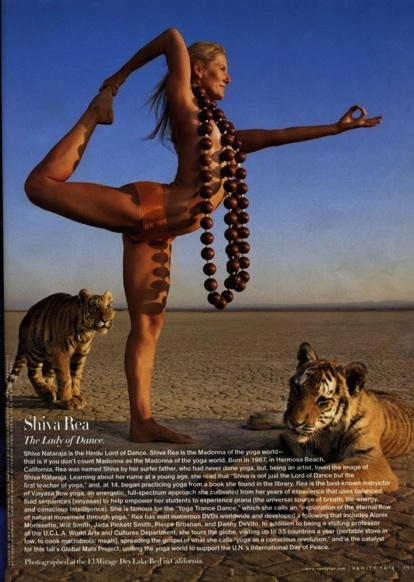 NOTE: The front page image of a reverse question mark is known as a percontation point and has been proposed as a form of punctuation to denote either a rhetorical question or irony (depending on which linguist you’re speaking to).