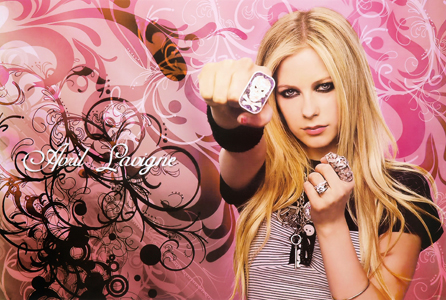 Way back in February we put up an article making fun of a year-old NYT profile on YAMA Talent and yogilebrity agents, asking whether or not such commercial entities were more dangerous to yoga in America than John Friend’s penis. This made a bunch of people angry, eventually got us kicked off Elephant Journal (at the behest of Leslie Kaminoff), and prompted some perpetual verbal ass-pinching between us and some of those involved.

Fast-forward to the middle of April when It’sAllYogaBaby started unpacking Nardini’s overtly un-fat-friendly Facebook ads. This was followed by posts from us and YogaDork, and created such a stink that Nardini eventually changed the ads, claiming to have never known about the language therein, despite having previously promoted, published, and sold products all containing virtually identical ad copy.

Three months later, when everyone had moved onto free giveaways, Nardini, in a brilliant any-publicity-is-good-publicity move, resurrected the debate with a piece of advertising on Elephant Journal asking, “What’s the big deal about yoga and weight loss?”

Then, Carol Horton wrote her rebuttal, we “wrote” ours, and here we are again, reliving Game of Thrones-lite.

So, where are we now? Well, right now on Elephant Journal there is an article titled “10 Things You Never Knew About Sadie Nardini” by ex-Nardini business associate and “Punk Rock Yoga” instructor, Brian Williams (who has another less-numerical version of the piece on his own site) that lists ten reasons why Sadie Nardini is awesome. The list consists of such unique qualities as:

Basically, qualities you’d hope any person worth shaking hands with would possess.

I have to admit, when I read this list, I realized how crazy it was that I wasn’t taking every last dollar I had and throwing it at the feet of such an esteemed patron of the Awesome Human Society, which apparently needs a helping hand. Like, if you stop and think about it, things have got to be pretty “interesting” around Camp Nardini if people start popping out of the wood work throwing around cutesy drivel fit only for moms to send to their neighbors via Hotmail when their sons graduate from medical school or get released from prison.

Anyway, the real meat of the piece, the part that sums up the entire yogilebrity scene into one perfect little saffron-colored bow, is the very “punk rock” ending where Brian says in no uncertain terms that if you disagree with him, you are simply wrong or a liar:

“[Sadie] is fan-fucking-tastic. She’s knowledgable [sic]. Her teaching is valid and consistent with yoga philosophy. She’s a real friend. She is loyal. And she walks the walk. Anyone who says differently doesn’t know her, or they are lying.” [emphasis mine]

Wow! Did we miss the memo or something? Did the vast universe of disagreement and discourse—the very foundation of informed critique—somehow magically turn into a six-year-old’s birthday party meltdown? Classic punk rock move!

Apparently, this is what happens when Gibson Guitars publicly endorses you.

I guess Crass was right:

Well, never ones to be outdone, in response to Williams’ list of back rub strokes we The Babarazzi came up with a quick list of ten things you probably never knew were true about my old friend “Right Hand.” It’s been so beaten up lately, we thought it needed a lil’ pick-me-up.

10 THINGS YOU NEVER KNEW ABOUT MY RIGHT HAND

1. It holds pens and pencils

2. It sometimes makes a “thumbs up” gesture

3. It has an insatiable love affair with my genitals

4. It can often be seen waving “hello” or “good-bye” to people

6. It loves the feeling of a butt amongst its fleshy folds

8. It can be “read” by a qualified practitioner of the palmistry arts

9. It opens jars you can’t open

10. It scratches a mean itch

Thanks to one of our readers for bringing this to our attention.